29.01.18.
Fred Bass, owner of New York's Strand Books â obituary
Fred Bass, who has died aged 89, was the owner of Strand Books, a landmark on New York’s Broadway for half a century and now the world’s largest secondhand bookshop ... more  Add a comment

Tunis bookbinder 'giving life' to ancient manuscripts
Mohamed Ben Sassi gingerly lifts the gold-trimmed leather cover and the book cracks open down the middle, pulled down by the weight of hundreds of beige pages inside. They are discoloured and chipped along the edges, but the black, Arabic script printed on each page is clear ... more  Add a comment

Voynich manuscript decoded by computer scientists using AI
Artificial intelligence has allowed scientists to make significant progress in cracking a mysterious ancient text, the meaning of which has eluded scholars for centuries. Dated to the 15th century, the Voynich manuscript is a hand-written text in an unknown script, accompanied by pictures of plants, astronomical observations and nude figures ... more  Add a comment

Rare Biggles book sold at auction for three times its pre-sale estimate
The Camels Are Coming was the first book to feature Captain James Bigglesworth, nicknamed Biggles, of the Royal Flying Corps. It went under the hammer at Keys Fine Art Auctioneers in Aylsham on Friday, January 25, and was sold to a telephone bidder for £1,800

25.01.18.
Archive of letters from First World War airman up for auction
The letters, written to a female friend named Ruby, describe the pilot's four months of fighting in France ... more  Add a comment

24.01.18.
Ursula K Le Guin, sci-fi and fantasy author, dies aged 88
The literary universe has been rocked by the death of Ursula K Le Guin, the American author whose seminal works, including the children's fantasy Earthsea cycle and the groundbreaking gender-fluid science fiction novel The Left Hand of Darkness, have been hugely influential over the last half-century ... more  Add a comment

Collection of Sylvia Plath's possessions to be sold at auction
The story of the last months of the life of Sylvia Plath is tracked on the flyleaves of the proof and author's copies of her only novel, The Bell Jar. The books are inscribed in her firm, clear handwriting with addresses showing that, around the time of publication, her marriage to the poet Ted Hughes had finally collapsed and she moved with her two small children to the flat in north London where she would die in February 1963 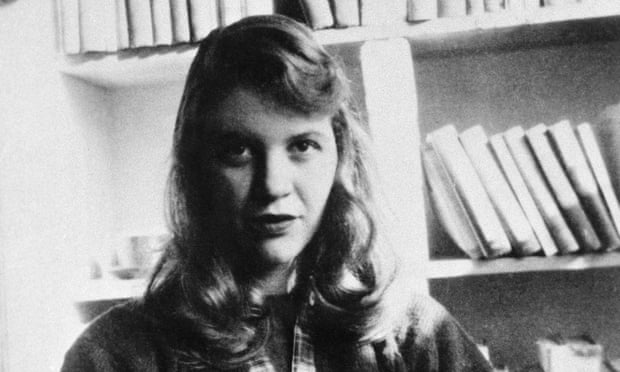 22.01.18.
Rare first edition of Marx's Das Kapital on sale for Â£100,000
Just 1,000 copies of the book were printed for the first edition - the only edition to appear during Marx's lifetime. Francis Wheen, a Marx expert, wrote in 1999 that "the history of the twentieth century is Marx's legacy" ... more  Add a comment

The Rubaiyat: History's most luxurious book of poetry?
In 1909, two London bookbinders were commissioned to create a book that would become one of the most bedazzling the world had beheld. Joobin Bekhrad reveals how it ended up at the bottom of the Atlantic - and how it still influences today ... more  Add a comment

Mysterious Dead Sea Scroll deciphered in Israel
One of the last remaining obscure parts of the Dead Sea Scrolls has been deciphered by researchers in Israel. Sixty tiny fragments were pieced together over a period of a year, identifying the name of a festival marking the changes between seasons 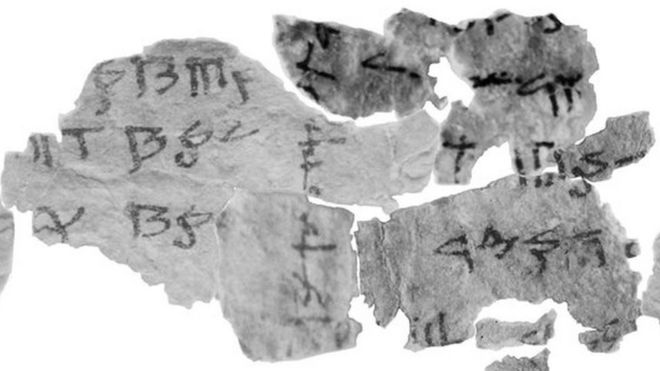 18.01.18.
Remembering beloved Seattle book dealer Louis Collins
Antiquarian booksellers spend their careers searching for treasure, sifting through endless musty volumes in the hopes of finding that rare first edition, that once-beloved children's book, that academic tome on some rare specialty, or just that book you didn't know you were looking for because you didn't know it existed - until now ... more  Add a comment

17.01.18.
Valuable First editions stolen in Norfolk bookshop burglary
"These books are very rare and in some cases unique and not the sort of thing you see every day. I am urging people, especially book dealers or those working in specialist book shops to be vigilant in case they are offered for sale." - PC GIDEON WEIGELT-HOLMES, NORFOLK POLICE ... more  Add a comment

16th century Hebrew grammar book returns to Prague
A 16th century book that belonged to Prague's Jewish community before World War II and surfaced at a New York City auction last year was brought back to the Czech Republic on Tuesday. It belonged to the library of Prague's Jewish community before the war, and it is not clear under what circumstances it disappeared ... more  Add a comment

Original Stephen King manuscripts among items ruined by burst water main
When Gerald Winters moved to Bangor from Thailand a little more than a year ago, he had one goal: to open a rare book store with every conceivable edition of Stephen King's books, including manuscripts and first editions - a collection that took him two decades to amass. But Winters was dealt a devastating blow Tuesday morning when a water main burst on Main Street, almost directly in front of his business, Gerald Winters & Son 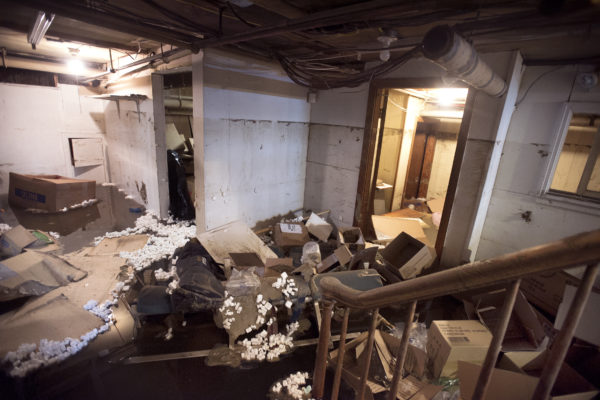 16.01.18.
Garbage collectors open library with abandoned books
A library in Ankara gives new meaning to the notion that books are timeless. Garbage collectors in the Turkish capital have opened a public library comprised entirely of books once destined for the landfills ... more  Add a comment

Lifestyle blogger is threatened and dubbed a 'dumb s**t'
(Thanks to Peter Hadley for the link) Lauren Coleman's picture of books placed with their spines facing inwards went online and she received a barrage of abuse. The 35-year-old told The Times: 'People started being extremely abusive. Someone called me a dumb s**t and then people started threatening to come round to my house to kick my head in 14.01.18.
Arthur Miller scorned 'public mourners' of Marilyn Monroe
Arthur Miller's anger at the death of his second wife Marilyn Monroe is expressed in an excoriating and never before published essay from 1962, in which the playwright attacks the "public mourners" who "stand there weeping and gawking, glad that it is not you going into the earth, glad that it is this lovely girl who at last you killed" ... more  Add a comment

Minnesota monk Columba Stewart rescues ancient manuscripts
As extremists destroy ancient churches and cultural sites across the Middle East, a Minnesota monk has emerged as a global defender of the sacred documents often hidden inside ... more  Add a comment

13.01.18.
You can't get there from here: "The Phantom Atlas"
In the olden days, one relied on maps - really relied on them, because getting anywhere took a terrific amount of effort. If a map was not accurate, you might find yourself in the middle of nowhere on the other side of the world with only misinformation to guide you ... more  Add a comment 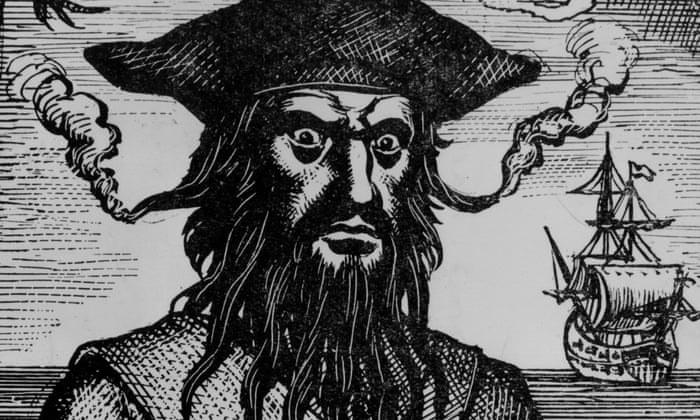 John Clare archive under threat from library cuts
Writers and academics including Hilary Mantel, Philip Pullman, Simon Armitage and Josie Long appeal to Northamptonshire county council to save a unique collection of works by the great poet of the English countryside ... more  Add a comment

Frankenstein at 200
Shelley's Frankenstein has spoken to technological and cultural anxieties from the Enlightenment to #MeToo. But its author's achievements have too often been dismissed or treated with scepticism ... more  Add a comment

10.01.18.
A tiny New York town with not 1, but 5 secondhand bookstores
The village of Hobart, New York, is home to two restaurants, one coffee shop, zero liquor stores, and, strangely enough, five independent bookstores. "The books just show up," Barbara Balliet, who owns Blenheim Hill Books, says. "I've come to the store and bags of books are waiting for me" ... more  Add a comment

Rare William Blake works to be exhibited in Sussex, where he lived
A painting by William Blake which spent decades in a dark corner of the library at Petworth House in Sussex is about to go on display as one of the treasures of the house, a key work from the poet and artis's three years in the area, the only place he ever lived outside London 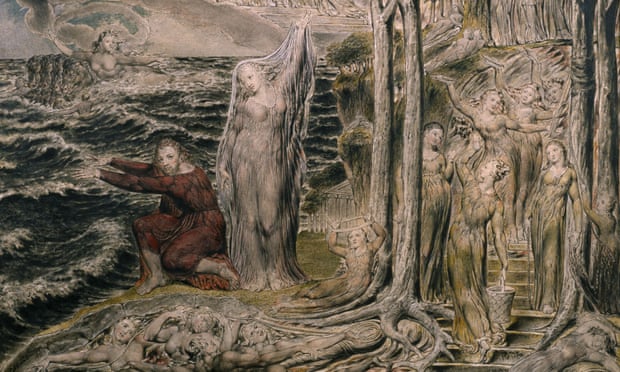 8.01.18.
Meet the men who invented the Ladybird Books for Grown-Ups
In a poky, dark office above Holborn tube station sit two of Britain's best-selling authors. In 2016, only J.K Rowling, David Walliams and Jacqueline Wilson outsold them and yet most people probably don't know their names ... more  Add a comment

3.01.18.
The world's only Winston Churchill bookshop
There are also roughly 800 books about Churchill, said Mr. Singer, who added that he's had a copy of all of them in the store at some point. His inventory ranges from a $10 paperback of "Churchill on Europe" to a 1906 first-edition softcover of "For Free Trade," written by the man himself, and stored in a safe at the shop. It goes for a "negotiable" $185,000, Mr. Singer said ... more  Add a comment

Llanwnda Bible damaged in last invasion of Britain on display
Like many approaching a 400th birthday, it is starting to wear a little around the edges. But, all things considered, the 1620 Llanwnda Bible is in pretty good nick. For almost four centuries it resided at St Gwyndaf's Church in the Pembrokeshire village of Llanwnda. It survived, most notably, the last enemy invasion on British soil ... more  Add a comment

Without libraries what have we? We have no past and no future.
RAY BRADBURY
Quote...Unquote