A symbolic struggle over ancient manuscripts
The Garima Gospels exemplify a wider conflict over heritage and conservation. The moving of sacred objects to profane settings arouses particular anxieties. "Museums necessarily re-contextualise the objects on display," says Michael Di Giovine, author of "The Heritage-scape", a book about heritage and tourism ... more  Add a comment 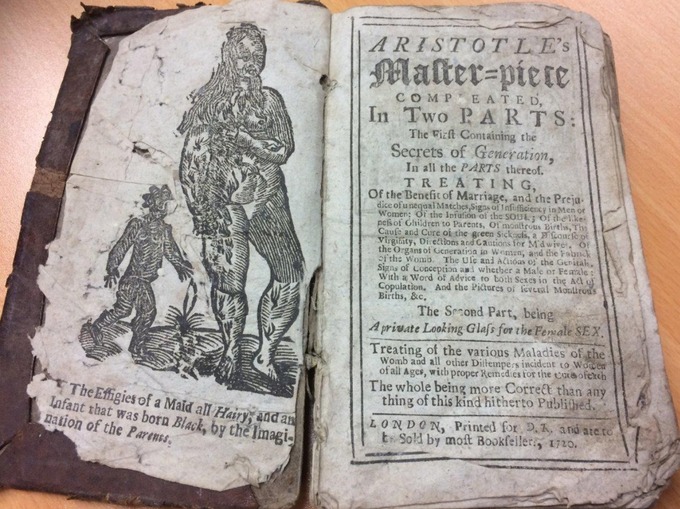 Final chapter? The slow death of Islamabad's secondhand bookshops
Since the 1970s, 'old bookshops' have lent character to Pakistan's capital. But as the city's economy surges, how long can they survive? ... more  Add a comment

22.03.18.
314 Items Stolen From Carnegie Libraryâs Rare Books Room
Among the stolen objects are nine books printed before 1500; and a 1687 first edition of Isaac Newton's "Philosophiae Naturalis Principia Mathematica." A first edition of Adam Smith's "The Wealth of Nations" was also taken ... more  Add a comment

Milton Glaser: "Art and design are not the same thing"
The celebrated American graphic designer Milton Glaser has compiled a book of over 400 of his posters from the last six decades. We speak to him about the new publication, the need for graphics to be effective and beautiful, and why drawing is still an important skill today ... more  Add a comment 20.03.18.
Call for help to find stolen London underground map
The auctioneer believes it was taken during the viewing period on the morning of the February 17 sale, unbeknown to the auctioneer at the time, who proceeded with the sale of the lot with the hammer coming down at £3200 ... more  Add a comment

1,500-year-old invisible Greek manuscript recovered by laser
A high-powered particle accelerator is being deployed to uncover ancient Greek medical secrets which were scrawled in a book 1,500 years ago. They were later scraped off and replaced by religious scripture ... more  Add a comment

Unusual things found in medieval manuscripts
Book curses, the scribblings of children, and errant paw prints are just a few clues that show us more about the lives of medieval book owners. Here, historian Deborah E Thorpe considers the owners and readers of the Middle Ages who left behind some weird and wonderful evidence ... more  Add a comment

Ever wonder how medieval monks made illuminated manuscripts?
This quick video only scratches the surface of a process that could sometimes take months ... more  Add a comment

Up in smoke: should an author's dying wishes be obeyed?
Harper Lee never wanted Go Set a Watchman brought out, Sylvia Plath's diary was burned by Ted Hughes - the controversial world of literary legacies ... more  Add a comment

Lost portrait that Churchill hated estimated to fetch Â£10k at auction
A "super-rare" sketch for a lost portrait of Winston Churchill will go under the hammer this month. The artist Graham Sutherland was commissioned to paint Sir Winston Churchill in 1954 for a portrait paid for by MPs as an 80th birthday present. The Prime Minister, however, hated the artwork, which showed him as an aging figure ... more  Add a comment

7.03.18.
Beatles-signed Peterborough hotel register at auction
A hotel visitors' book signed by all four members of the Beatles is expected to fetch about £10,000 at auction. The Fab Four checked in to The Bull Hotel in Peterborough on 2 December 1962, ahead of a gig in the city. ... more  Add a comment 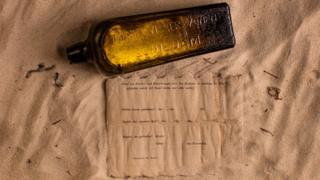 Suffragette board game up for auction
The 109-year-old Pank-a-Squith set, which was designed to raise money for the women's rights movement, was named after its leader Emmeline Pankhurst and the prime minister Herbert Asquith 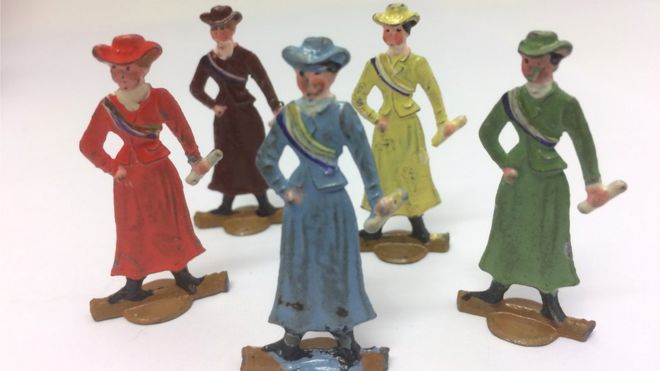 1.03.18.
One of the World's most irreplaceable books was used as a cutting board
The Exeter Book, inscribed in the 10th century, is a rare treasure. Many scholars consider it one of the building blocks of English literature. But it's suffered damage along the way that goes far beyond the usual wear and tear. For one thing, one of the book's previous owners used it as a cutting board. And an entirely different person used the book as a coaster, which left a literal lasting impression: a ring that soaked through the pages ... more  Add a comment

Five libraries around the world that are open despite the odds
On World Book Day, a look at libraries from Egypt to Dominica that have remained open despite death threats, extreme weather and terrorism 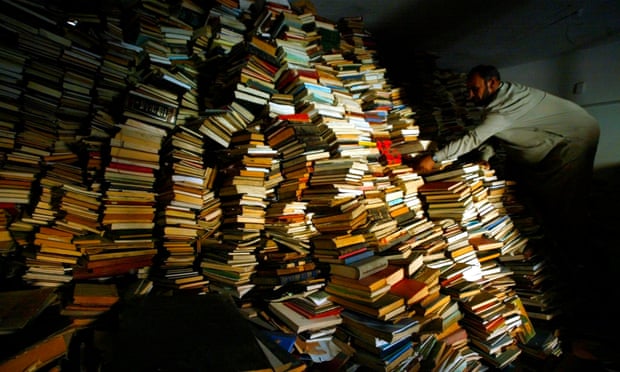